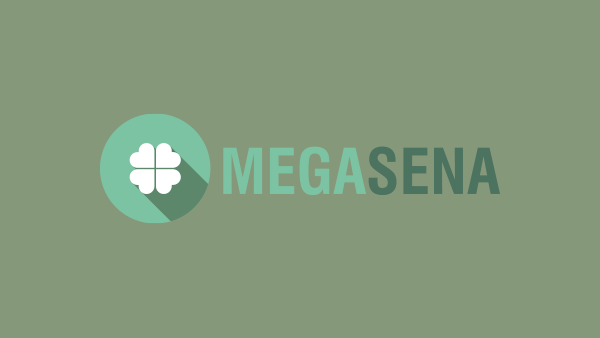 The Mega-Sena is Brazil’s most popular lottery, with drawings twice weekly. The lottery is conducted by the Caixa Econômica Federal bank, which is the fourth largest bank in Brazil, and the largest fully government-owned bank in the country (and indeed in all of Latin America).

You have many options in playing the Mega-Sena lottery. Out of sixty possible numbers, six are chosen each drawing. You can try to match these numbers by playing anywhere from six to fifteen numbers. However many numbers you choose, you are in effect playing every possible six-number combination of those numbers.

So if you play seven numbers, you’ll be paying for seven entries. Obviously the more numbers you play, the more entries are needed to cover all the possible combinations. Specifically:

You can either pick the numbers you wish to play, or you can have your numbers generated randomly. An entry with random numbers is called a “Surpresinha.”

You can enter each drawing separately, or there is also an option to purchase entries for multiple drawings at once. If you choose a “Teimosinha,” this means you are keeping the same numbers for two, four, or eight consecutive drawings.

You can also establish a syndicate, called a “Bolão,” to play the Mega-Sena. This means that multiple people (anywhere from two to a hundred) combine their funds to purchase entries, and will split any prizes in proportion to their share of the purchase price. The minimum Bolão bet is 10 reals, and the minimum single share of a Bolão bet is 4 reals.

On Wednesday and Saturdays, at 8:00 PM Brasilia time, the Caixa Econômica Federal bank conducts a Mega-Sena drawing, televised on a delayed basis by RedeTV.

46% of the money paid for entries goes toward prizes. This money is awarded as follows:

Obviously hitting six numbers is much harder than hitting five, which in turn is much harder than hitting four. For each entry, there is a 1 in 50,063,860 chance of hitting six numbers, a 1 in 154,518 chance of hitting five numbers, and a 1 in 2,332 chance of hitting four numbers. So if you hit six numbers you’ll likely have to split that 35% of the prize money with very few other people; you may even get it all yourself. If you hit five numbers, you’ll no doubt be splitting the 19% of the prize money that goes to those winners with quite a lot of other people. If you hit four numbers, you’ll get only a tiny bit of the 19% that goes to those winners (but you’ll still certainly come out a lot better than if you hadn’t matched even four numbers).

Income tax of 13.8% is deducted from all winning entries. Taking that into effect, the actual amount of the money paid for entries that is returned as prize money to the winners is 32.2% rather than 46%.

Any prize below 800 reals can be claimed at any lottery house. Prizes of higher amounts than that can be claimed only at the Caixa Econômica Federal bank itself.

There is a time limit of 90 days to claim prizes. Any Mega-Sena prize that is not claimed within 90 days of the drawing is transferred to the Brazilian treasury.

The annual Mega da Virada drawing is especially popular, as it features the highest prizes of all. In fact, in 2014, a winning six-number entry paid over 263 million reals.

Whatever money that is collected from the purchase of Mega-Sena entries that is not used for prize money or for the administrative costs of running the lottery goes toward the costs of running numerous Brazilian government social programs.